Twice now, I’ve backed down from calling out books I thought contained language that was, at best, problematic. Honestly, that’s being rather generous. Specifically, I hesitated to call out what I felt were disparaging portrayals of Asian and Asian-American characters. The first time, I DNFed the book and blamed it on plot issues (which are also real problems with the book, in my opinion). For the other book, I danced around the issue in my review but ultimately revised it to even milder criticism when my words were met with some backlash. That review has since been removed from my blog and Goodreads entirely.

Both authors were later called out on Goodreads and Twitter, with the latter happening just recently.

Why did I hesitate? Partly, it was a sense of self-preservation. Revenge review bombings are not an unknown concept on Goodreads. But there’s also a bit of controversy around authors even writing reviews in the first place. Write a positive review, and you’re ass-kissing. Write a negative review, and you’re punching down. So, although my gut said something was wrong with how these stories were portraying some characters, I wasn’t sure it was my place to say something. I didn’t want to speak out and be wrong, find out that I was being hyper-sensitive on an issue that doesn’t actually affect me personally. Since then, I’ve found out that I wasn’t the only person thinking it, nor the only person having this internal debate. I should have trusted my gut. I was a coward, and that made me complicit.

These two experiences have a lot to do with why I slowed down reviewing books on this blog. I was honest about it being time-consuming and taking away from my writing. That’s all true and ultimately what made up my mind. I would be lying, however, if I said this wasn’t floating around in the back of my brain, too.

I’m not intending to start ramping back up with blog-style book reviews. Time remains a constraint. However, I still review the books I read on Goodreads, Amazon, BookBub, Storygraph, etc. in a much more abbreviated form. I still want to support the indie writing community as much as possible with the time at my disposal. The last few days have made me realize that supporting the indie writing community also means calling out bad behavior when I see it. That doesn’t mean I’m going to insert myself or my opinion into every controversy, but when I read a book and my gut tells me something isn’t okay, and nobody else seems to be talking about… I’m going to say something from now on. If that means I lose friends or followers on Twitter, so be it. I don’t want to be part of a community that continues perpetuating ideas best left in history’s dustbin.

I am sorry for being quiet when I should have spoken up.

When you recognize evil,
call it evil,
and give your enemies no peace. 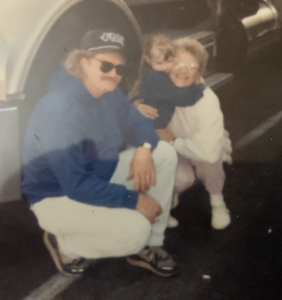 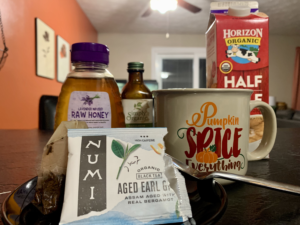 My Current Writing Beverage of Choice 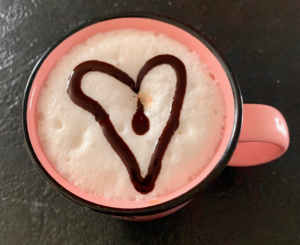