I recently read a blog post from a friend in my NaNoWriMo group, Franc Ingram. For those of you who are unfamiliar, Franc is the author of the author of the Euphoria Duology. The second book, Kings of Euphoria, just went on sale this week. The blog post in question is titled “Writing a Sequel is Hard” and I’m here to tell you that truer words were never written. You may want to read her post first and then come back and read this one.

In any case, Franc’s post got me thinking about all the reasons why Courting the Dragon still isn’t on sale. Of course, there are the obvious things. My divorce certainly put large parts of my life on hold, my writing included. If you want all the nitty-gritty on that, check out the blog post I did about it a while back. Then there’s the fact that I basically disappeared into my day-job for six months and only recently came back up for air. I don’t recommend 10-hr days, especially not when you have a choice about it. Fortunately, I came to my senses and now go in and come home at reasonable hours.

But the simple truth is, like Franc says, writing a sequel is hard.

My problems and Franc’s problems aren’t the same, but that not really all that different, either.

Problem #1: I went into this thinking it would be easy because I already built the world.

No, it’s not easy because I already built the world. I’ve painted myself into all kinds of not-so-fun corners because I didn’t think my magic system through beyond the first book. Granted, it’s going to result in some interesting (I hope) magical solutions in book two, but… ugh. Until you’ve had to experience the frustration that is existing canon that fans expect you to adhere to, you don’t really understand how restrictive it can feel. Hopefully, in a few months, I’ll be able to write you a nice blog post explaining how it’s a great challenge that helps you grow as a writer. We’ll see.

Problem #2: I went into this thinking it would be easy because I’m using repeat characters.

No, no, and no. This goes back to the whole canon thing. Or really, being consistent. While characters should always grow and evolve, unless they’ve had a complete soul-overhaul, they’re still the same person at the end of the day. My characters keep wanting to be whiney shells of themselves, and not more mature versions of the people they were in book one. If you know you’re going to be writing a multi-book series with a character, considering thinking through their character arc all the way through to the end before you even start book one, chapter one.

Problem #3: I HATED MY VILLAIN!

And not in a good way. I despised this character so much, the only suitable ending for him was being stabbed to death with a butter-knife halfway through. That would make for a very short book, obviously, which is why I had to do something about it. Part of what’s kept Courting the Dragon from hitting online sellers near you, is that I had to rework huge chunks of the mostly finished manuscript. Why? Because I had to figure out how to work with the villain and not against him. Have I recaptured the fun it was to write the villain in my first story? No, not at all. Have I made the villain into the character the story needed him to be? I think so. You guys will have to tell me later this year.

Obviously, everyone is different, and your sequel writing experience may be vastly different from mine, or from Franc’s. Honestly, I hope it is. I hope you have a phenomenal time, and your plot and characters behave, and the world is sun and roses. Because I wouldn’t wish my current situation on my own worst enemy. But let’s be real, it’s probably going to suck in some different but equally terrible way. Let me know in the comments. In the meantime, here’s a list of 5 things that I am going to adhere to for my next sequel (book 3) and any future series: 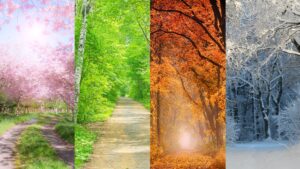